Home Around The Web You Keep Using That Word, ‘Christian’
1
SHARES
ShareTweet

Throughout American history, groups have given it different, often conflicting meanings. Can they all be right? 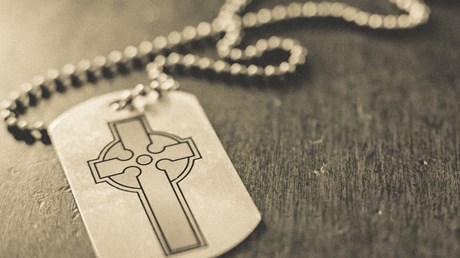 Lewis Carroll’s novel Through the Looking-Glass, and What Alice Found There contains a famous snippet of dialogue between a maddeningly vague Humpty Dumpty and an increasingly puzzled Alice. Humpty insists that by the word glory he means a powerful argument, and Alice counters that glory doesn’t mean that. Carroll describes what happens next:

“When I use a word,” Humpty Dumpty said, in a rather scornful tone, “it means just what I choose it to mean—neither more nor less.”

“The question is,” said Alice, “whether you can make words mean so many different things.”

“The question is,” said Humpty, “which is to be master—that is all.”

In Christian: The Politics of a Word in America, historian Matthew Bowman looks to tease out how religious groups in American history have defined, used, and even wielded the word Christian as a means of understanding themselves and pressing for their own idiosyncratic visions of genuine faith and healthy democracy. Like Humpty Dumpty, Bowman does not think there is a fixed definition of Christian to be right or wrong about. There are only different groups attempting to master the term for their own purposes.

Bowman wisely acknowledges that he is not attempting a comprehensive history of Christian or American Christianity more broadly, but rather a selective and indeed eclectic account of several distinct groups. His case studies make for an interesting ride through some familiar and forgotten terrain in American religious history. Bowman begins his narrative after the Civil War by contrasting radical feminist and provocateur Victoria Woodhall’s Christianity with that of the Radical Republicans and Ulysses …