The departures of Bill Hybels and James MacDonald leave churches waiting for new leadership and hoping to rebuild trust. 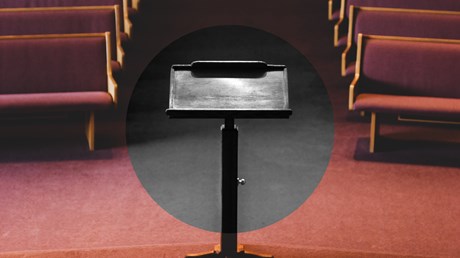 It’s been 22 months since Bill Hybels resigned from Willow Creek Community Church, and the Chicago-area megachurch—one of the biggest in the country—is still without a senior pastor.

The multisite congregation, once celebrated as a model and training ground for Christian leaders, has struggled to transition to steady leadership in the aftermath—leaving the well-being of its eight locations and thousands of congregants at stake as attendance and tithes dip.

In the fallout of Hybels’s departure over sexual misconduct allegations, the esteemed megachurch lost other top leaders: The church’s elders, as well as Steve Carter and Heather Larson, who were slated to be Hybels’s heirs, resigned the same year. Steve Gillen, who has served as interim senior pastor since then, recently announced his plans to step down next month.

And there’s no successor in sight. The new elders said in late January that after narrowing a months-long search down to two senior pastor candidates, they decided to release both and start over. (The announcement came with another blow as elders confirmed claims of inappropriate behavior by Hybels’s mentor, Gilbert Bilezikian, and the church allowed “Dr. B” to continue serving and teaching despite knowing the reports against him.)

The elder board has passed its goal of naming a senior pastor by the end of 2019 but hasn’t announced a public timeline for the continued search, only stating that “filling this pastoral role is the top priority.”

The current tumult at Willow Creek and at its greater Chicago neighbor, Harvest Bible Chapel, showcase how long lasting the effects of a fallen pastor can be.