How I became convinced Christianity is more than ethnicity. 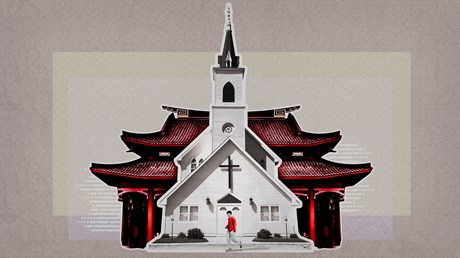 As modern society careens to alarming levels of racial polarization, one has to wonder if the ethnic designations on many of our church signs bear any complicity.

Korean Presbyterian. German Lutheran. Chinese Baptist. The monikers exist to identify the minority—to make distinctions where there is a difference. And immigrant churches are certainly different.

But just as cultures blend, our ecclesiastical identities can as well. I know this because I’ve lived it.

When my family left Malaysia for Canada, we probably didn’t know much more about our new home other than that the cold was going to be extremely challenging since we only knew the equator. But thankfully, being an immigrant family from Kuala Lumpur in the Great White North is not as dramatic of a culture shock as it may be for those from other nations.

As members of the Commonwealth, Malaysians completely understand, and appreciate, Canada’s British-ness. I was only six when we first arrived, so much of my rapid assimilation into North American speech styles and patterns of behavior was heavily indebted to popular culture—including drinking deeply and delightedly from the torrent of available television channels compared to the three or four we had in Malaysia.

So it came as a surprise when I met Canadians who deliberately chose not to own TV sets at all, out of their Christian convictions.

Presbyterianism, to which my Chinese-Malaysian mother as well as my Korean father belonged, was readily found in our new home of London—a city between Lake Erie and Lake Huron, a few hours east of Detroit—so it was natural for our first church experiences to be tethered to a familiar tradition. We attended a neighborhood Presbyterian church, …