Home Around The Web When Satan Takes the High Road, We Take the Low Road
0
SHARES
ShareTweet

Why humility is one of the most effective tools for resisting the Devil. 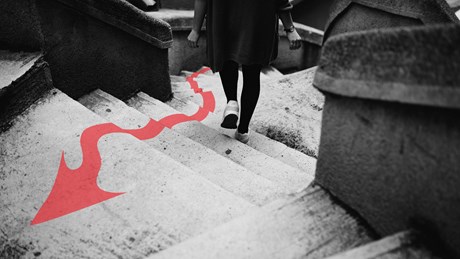 For we are not unaware of [Satan’s] schemes,” says the apostle Paul in 2 Corinthians 2:11. We always forgive people, he says one verse earlier, because we know what the Devil is up to, and we are not having any of it. Similar logic underlies Paul’s insistence that Christians put on the armor of God: “that you can take your stand against the devil’s schemes” (Eph. 6:11). Satan has a plan, but we know what it is so we can stand against him.

I’m not sure how many Western Christians today could echo Paul’s sentiments. Many churches, anxious to avoid seeming spooky, weird, or unhealthily preoccupied with the Devil, throw the baby out with the bathwater. They hardly mention him, let alone teach people how he plans to destroy them and what to do about it. More than a handful of professing Christians don’t believe in him at all, which is just how he likes it. “The greatest trick the devil ever pulled,” quips Verbal Kint in The Usual Suspects, “is convincing the world he didn’t exist.”

Obsessing over the Devil makes us fearful and paranoid, but ignoring him altogether makes us naïve and unprepared. So it is significant that two of the four Gospels give us detailed accounts of Satan’s guerrilla campaign against the Lord Jesus (Matt 4:1–11, Luke 4:1–13). Reflecting on how Satan attacked him—and how he stood his ground—can be illuminating.

According to Matthew, immediately after Jesus was baptized, he was “led by the Spirit into the wilderness to be tempted by the devil” (4:1). (This is worth remembering when it comes to the recent controversy over the Lord’s Prayer and whether God would ever lead his …