Christians from the Global South are invigorating international missions. Here’s how. 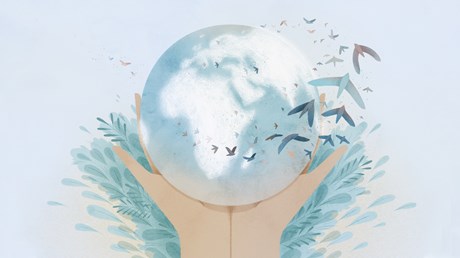 Beauty Ndoro and her husband had been living among and serving the residents of slums outside Harare, the capital city of their native Zimbabwe, when they unexpectedly received a letter from Los Angeles–based missions organization Servant Partners. The letter said Servant Partners felt led to recruit Africans to serve in Mexico. They had gone online to search for like-minded ministers in Africa—and came across Ndoro and her husband.

The couple had considered serving in another southern African country. Ndoro’s husband felt a burden for Tibet. But Mexico? That had never crossed their minds. They ignored the letter. Servant Partners persisted, sending two more letters over the next six months.

Lisa Engdahl, co-general director of Servant Partners, says they typically search far and wide for missionaries willing to serve in the world’s poorest communities. “We are always trying to recruit a breadth of people because of the demands of our work,” she told me. “Our teams have looked to diversify as much as possible.” The recruitment of Ndoro and her husband was a recognition that “there are many strong, godly leaders in the African church whom God is calling into cross-cultural ministry.”

“I wasn’t sure if God wanted me to move so far from family, to go to a different culture,” Ndoro told me. “I didn’t know any Spanish, and my daughter was only two years old.” But then she started receiving confirmation from others. “I hear ‘Mexico’ and God’s calling upon your life,” they told her.

Eventually, it became clear that Mexico was where God intended them to go. “I had my own fears, but I was so excited,” …