It is central to our faith that Jesus shared our nature, does that include its fallenness? 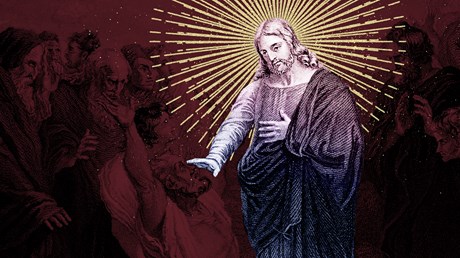 As the lights flashed and the music blared out something caught my attention. It wasn’t the flashing lights nor was it the blaring music. As I stood excitedly at my first Chris Tomlin concert I was struck by the lyrics to his song “Jesus Messiah,” a song I was familiar with and had sung in my church many times, but this time, the well-known worship song was different to me.

As the opening chords played, Tomlin began to sing, quoting 2 Corinthians 5:21: “He became sin, who knew no sin. That we might become His righteousness.” I had heard the lyrics before, in fact I had the verses memorized, but for the first time, I found myself asking, “What does this actually mean? What does it mean that Jesus became sin?” This passage had been explained to me as a simple summary of the Gospel—in one sentence!—and yet I suddenly realized something those who explained it to me rarely admitted: it contains a stunning amount of complexity. Did Tomlin know what he was singing? Did I?

So, what connection does Jesus “becoming sin” have to do with my “becoming the righteousness of God?”

To answer this question, we must rethink how we understand sin and salvation. Modern theological language surrounding this topic tends to be forensic in nature, meaning that it is focused on laws and ethics. To be a sinner is to be disobedient, to “miss the mark,” to break the law. Therefore, to be “saved” is to be forgiven of our transgressions. While there are forensic aspects to sin and salvation, it is reductionistic to claim that sin is merely the transgression of a law and salvation is merely legal forgiveness of said transgressions. This …