Andrew Brunson has spent most of the last two years in prison based on wild—or absent—accusations. 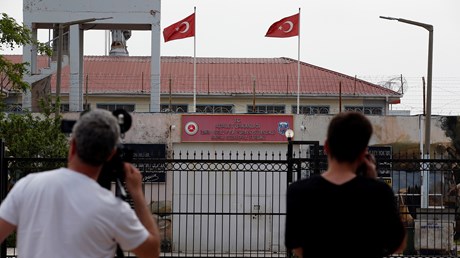 After nearly two years in a Turkish prison, hopes for the release of American pastor Andrew Brunson have been deferred. A Turkish court ordered 50-year-old pastor to remain bars until at least his next hearing on October 12.

On Wednesday, the court heard testimony from members of Brunson’s church who made “vague, unsubstantiated accusations” against Brunson, reported World Watch Monitor. When the judge asked how Brunson would respond to the testimony of the prosecution’s witnesses, he said, “My faith teaches me to forgive, so I forgive those who testified against me.”

Bill Campbell, a North Carolina pastor whose church belongs to the Evangelical Presbyterian Church, the same denomination as Brunson’s church, was among several supporters of the pastor who attended the trial.

“As usual, there was much spurious testimony against Andrew,” Campbell told EPConnection after the trial. “Andrew’s testimony was absolutely powerful. He presented the gospel with confidence and defended himself with boldness.”

Notably, the court heard a defense witness for the first time, although the witness Brunson initially requested to testify was not permitted to do so.

Many of Brunson’s supporters had been cautiously optimistic about his release—Turkish President Recep Tayyip Erdoğan and US President Donald Trump had been photographed smiling and fist-bumping each other at last week’s NATO summit in Brussels. Senators Jeanne Shaheen (D-NH) and Lindsey Graham (R-SC) had also met with Erdoğan in Ankara the last week of June, though the focus of the meeting was to discuss US sanctions.