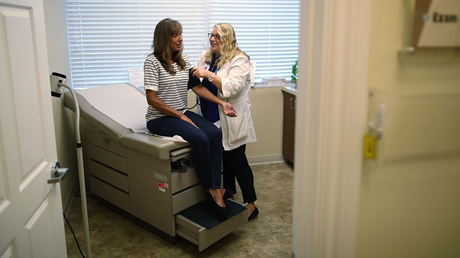 Pro-life evangelicals are celebrating another move by the Trump administration to cut federal funding for abortion.

According to reports, the White House is expected to announce new regulations prohibiting Planned Parenthood and other entities that make abortion referrals from receiving grant money through Title X, the government’s quarter-billion-dollar family planning program.

Already, Title X funds cannot be used for abortion itself. But Planned Parenthood still receives more than $50 million every year to cover birth control and other services for low-income and uninsured patients. Under the new policy, clinics could not accept the money at all if they perform or recommend abortions.

Russell Moore, president of the Southern Baptist Convention’s Ethics and Religious Liberty Commission, called the proposal “a responsible and commendable step toward our goal of totally separating taxpayer funds from Planned Parenthood and the abortion industry.”

The Title X program—which now supports about 4 million patients and 4,000 providers—dates back to 1970. Previously, President Ronald Reagan had put a similar rule in place to restrict the funds from being used to back abortion. The Trump administration’s restriction, drafted by the Department of Health and Human Services (HHS), is currently being reviewed by the White House budget office, NPR reported.

“President Trump has shown decisive leadership, delivering on a key promise to pro-life voters who worked so hard to elect him,” said Marjorie Dannenfelser, president of the Susan B. Anthony List, which will host the president at its annual gala in Washington next week.

Trump has moved to restrict federal government funding for abortion …