God delights in exploding our paltry concepts of what is possible. 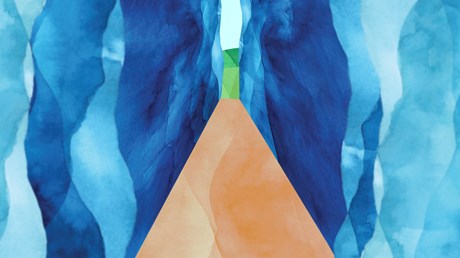 “Then the Lord said to Abraham, ‘Why did Sarah laugh and say, ‘Will I really have a child, now that I am old?’ Is anything too hard for the Lord? I will return to you at the appointed time next year, and Sarah will have a son.”
Genesis 18:13–14

“[Abraham] is our father in the sight of God, in whom he believed—the God who gives life to the death and calls into being things that were not. Against all hope, Abraham in hope believed and so became the father of many nations.”
Romans 4:17–18

God had promised Abraham land, offspring, and blessing. His descendants would be as numerous as the stars of the sky. And yet the wait between the promise and the fulfillment was agonizingly long.

When messengers of God come to their tent, Abraham and Sarah are already ancient. Sarah hears the promise that she would bear a son, and she laughs. The messenger acknowledges her laughter, which she humorously denies, but then when she gives birth, she names her son Isaac, which means laughter. “God has brought me laughter,” she says, “and everyone who hears about this will laugh with me” (Gen. 21:6).

The story reminds me of when my first child was born. For a long time, I could only see the crown of her head. Then suddenly there came a fierce fighting person into the world, writhing and wailing at the top of her lungs. It was so abrupt and remarkable that I began to laugh aloud too. I had just witnessed the miracle of life springing from the womb. Today she stands in front of me, 11 years …