Churches may someday lose their tax-exempt status. Would that be as bad as it sounds? 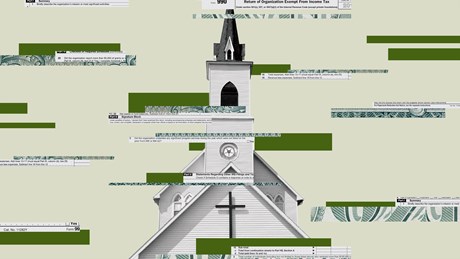 In theory, churches should make attractive neighbors. They are places of prayer, worship, and good works. When you see a sign pop up in an empty field announcing new church construction, you might think of the new families that will move to the neighborhood, the children who will attend the youth group, and the volunteers who will run the Vacation Bible School.

But that’s not how the suburban town of Stafford, Texas, responded. The city council instead instituted a review process to make it harder for churches to build there, preferring a factory or big-box retailer takes the space instead. When that didn’t work, the council instructed the city lawyer to see if he could find a way to keep churches out.

“I don’t hate God. I’m not against America and apple pie,” a city councilman told the Los Angeles Times in 2006. But, he insisted, churches were a problem. For one reason: They don’t pay their share of taxes.

“Zero revenue,” the councilman said. “Somebody’s got to pay for police, fire and schools.”

This feeling that churches don’t contribute to the common good is not uncommon in America. There are many municipalities that view churches as basically parasitical, receiving all the protection and benefits of local government without bearing their fair share of the financial burden. Cash-strapped towns have frequently tried to use zoning laws to block the development of new churches and are only stopped when the federal government enforces the religious land-use laws that Christian groups advocated for in 1993 and 2000.

These laws were framed as defenses of religious freedom, and there are indeed cases of hostile local governments wanting to limit religious …