Christianity is and always will be a mobile faith. 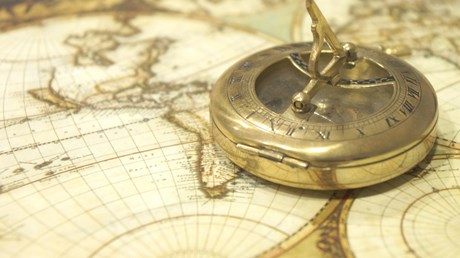 Often, we forget to consider the spread of Christianity across the globe from a geographical perspective. We read the New Testament with eyes and ears that are largely ignorant to the places Luke mentions in Acts or Paul writes about in the prison Epistles.

Most Christians have heard of Jerusalem—the place where Jesus was crucified and risen. The geographical center of the Christian faith was clearly, early on, in and around Israel.

But while the Ancient Near East was the birthplace of our faith, it didn’t just stay there. By God’s grace, the gospel began to spread all around the world. We read about the Ethiopian eunuch who first heard the gospel message from Philip. Some disciples went to Asia Minor, Thomas goes as far as India, Paul tries to get to Spain, etc. Places like Cyprus, Caesarea, Damascus, Greece, Rome, and Carthage are mentioned throughout the book of Acts as Paul and his followers embark on four long missionary journeys.

All that to say, the gospel has been moving and spreading for centuries. The Holy Spirit has compelled believers everywhere to share the message of Christ crucified and risen in places both near and far. As demonstrated by Paul and Christ’s own disciples, this was to include continents and people groups far from the place where the Christian faith was first founded.

Despite this, Christianity has for centuries been associated with the West. Going back just a century ago, Pew Research found that “about two-thirds of the world’s Christians lived in Europe.” This, according to historical estimates by the Center for the Study of Global Christianity, is “where the bulk of Christians had been for a millennium.”

But today, these numbers have changed …