In a winning season, Earl Smith also saw the team grow in faith. 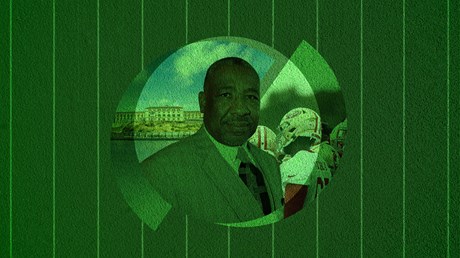 This year’s Super Bowl–bound San Francisco 49ers remind Earl Smith of the family-like unity the Golden State Warriors had when they won the NBA Finals in 2015.

And Smith would know. He serves as the chaplain for both teams.

From society’s perspective, Smith has ministered to the greatest and the least. His work as a chaplain started in California’s San Quentin State Prison, where he witnessed 12 executions and played chess with prisoners including Charles Manson. More recently, it has brought him to the sidelines of professional sports at its peak, celebrating big wins beside celebrity athletes like the Warriors’ Steph Curry.

“By virtue of who these guys are, they are the best of the best,” Smith said in an interview with CT, calling from Miami, where the 49ers play the Kansas City Chiefs in Super Bowl LIV on Sunday. “They’re famous, yet if you allow yourself to be locked in on the fame, you might negate the opportunity to present Christ in a proper way.”

Most weeks during the season, Smith’s work resembles the work of any pastor. He prepares and leads the team Bible study, goes through a book study with the 49ers coaching staff, conducts a Saturday night chapel service, and makes himself available for counseling. Meanwhile, he’s spending his own daily time reading Scripture and meeting with his pastor.

Smith said people will often ask him about which players on the 49ers team are Christians, and in response he likes to ask them which people in church are Christians. His point is clear: “Only Christ knows the true commitment of the heart.”

A graduate of Bishop College and Golden Gate Baptist Theological Seminary, he focuses on spiritual themes …