He was the face of Southern Baptist seminary. Now the school keeps taking steps to separate from his legacy. 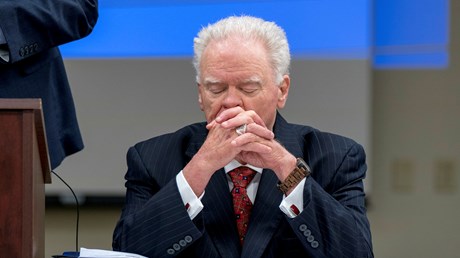 Southwestern Baptist Theological Seminary’s response to a lawsuit alleging the school failed to protect a female student against sexual assault has spotlighted ongoing tension between the seminary and its former president, Paige Patterson, who also is named as a defendant in the case.

In addition to leading Southwestern for 15 years until trustees fired him last year, Patterson, 76, was among the leaders of the Southern Baptist Convention’s Conservative Resurgence, a grassroots effort in the late 20th century to return America’s largest Protestant denomination to its theologically conservative roots.

Southwestern’s attempts to distance itself from its once-celebrated president come as a generation of younger Southern Baptists grapple with the legacy left by their predecessors. They want to honor the Resurgence, said Baptist historian Barry Hankins, but still distance themselves from negative revelations surrounding its leaders.

“We’re seeing a generational transition in the Southern Baptist Convention from an old way of doing things,” Hankins, professor of history at Baylor University, said in an interview with Christianity Today.

Southwestern trustees terminated Patterson in May 2018, citing, among other factors, his “handling of an allegation of sexual abuse against a student during” his “presidency of another institution.” The Washington Postreported Patterson had told a student at Southeastern Baptist Theological Seminary, which he led from 1992 to 2003, not to report an alleged rape to the police.

The lawsuit against Southwestern, filed in federal court last May, alleges that pseudonymous plaintiff “Jane Roe,” a former …