From democratic Israel to theocratic Iran, Christian TV defends its right to exist. 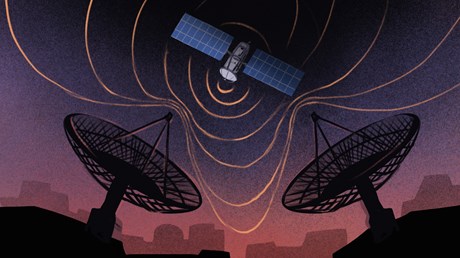 The 25-year-old Christian broadcasting corporation was granted a license for a new Hebrew-language channel in Israel, and the CEO wanted to praise the Lord.

“God has supernaturally opened the door for us to take the gospel of Jesus into the homes and lives and hearts of his Jewish people,” said CEO Ward Simpson, former director of the Brownsville Revival School of Ministry, in a video posted online. “They’ll watch secretly. They’ll watch quietly. . . . God is restoring his people. God is removing the blindness from their eyes.”

It was a public relations disaster. An outcry from Orthodox Jews and anti-missionary groups led Israel’s Cable and Satellite Broadcasting Council to reconsider GOD TV’s seven-year license. Council chairman Asher Biton claimed the company had misrepresented the channel as something that offered content for Christians when it was really programming designed to convert Jews.

GOD TV scrambled to take down Simpson’s video and clarify its purpose. GOD TV would not try to convert Jews to Christianity. But it would preach Jesus as the Jewish Messiah, consistent with the beliefs of Israel’s approximately 20,000 Messianic Jews.

It wasn’t enough. Eight weeks after GOD TV was awarded the license, the broadcasting council revoked it. The new TV channel, where people would talk about Jesus in Hebrew, went dark.

American evangelicals have been broadcasting the name of Jesus into Israel since 1977, after Trinity Broadcasting Network (TBN) founder Paul Crouch had a vision that Revelation 14:6–7 foretold the new communications technology: “Then I saw another angel flying in midair, and he had the eternal gospel to proclaim …