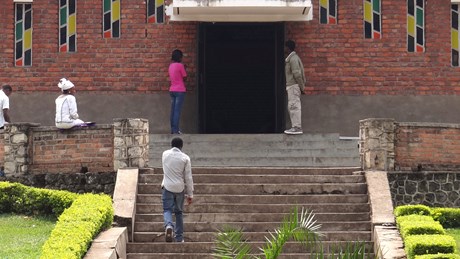 About 8,000 official and unofficial churches, as well as 100 mosques, have been closed in Rwanda for failing to comply with health, safety, and noise regulations. This includes 4 in 10 congregations belonging to a nationwide association of 3,300 Pentecostal churches.

And authorities indicate such shutting down of houses of worship in the East African nation will continue until congregations meet the strict requirements of a new law adopted by Rwanda’s parliament on July 27.

The latest requirement: Pastors must now have a degree in theological education from an accredited school. The law also prohibits church leaders from ordering their followers to fast; authorities claim this is a form of starvation.

Many churchgoers look at the new law as a form of harassment and restriction on freedom of worship. But many also fear to speak out, saying it’s a directive from the government and Christians should not oppose authorities.

The law also requires churches and “prayer houses”—unofficial places where Christians gather to pray and worship—to explain their sources of funding, while donations received must be kept on a known bank account.

Lawmakers even debated imposing limits on how much churchgoers could tithe to their church, given complaints about pastors who collect money from impoverished worshipers while living luxurious lives. The Council of Protestant Churches in Rwanda even “declared war” on such “bad pastors” last year.

Robert Kayitare, a businessman who attends St. Peter’s Anglican church in Kigali’s Remera neighborhood, believes the law by the government will sort out such pastors. “The source of the money must be known and how the money collected …