Regardless of how few people live in an area, every person is in search for and in need of redemption. 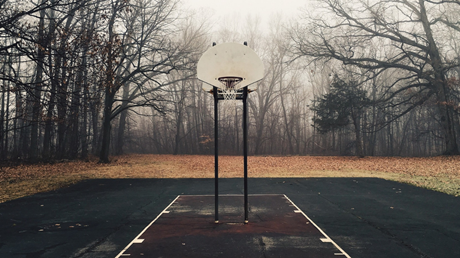 A couple weeks ago the Laxton house couldn’t agree on a movie for family movie night, so my wife clicked on Hoosiers. Now, a movie as old as Hoosiers certainly raised my children’s eyebrows—and even complaints—since they weren’t born in the century that churned the movie.

If you’ve seen the movie, you know the storyline of the 50-year old Coach Norman Dale (Gene Hackman) who moves to rural Hickory, Indiana to coach the Hickory Huskers. Through a battled journey, Dale victoriously leads the Huskers to the echelon of Indiana High School basketball—the State Championship.

Underneath the grand storyline (main plot) is a subplot. And this subplot has stuck with me as I continue to think, dream, and plan for rural ministry through the Rural Matters Institute at the Billy Graham Center. What’s the subplot you ask? Redeeming Rural.

In this post, I want to outline three redeeming (wrongs made right) elements seen in the subplot and exhort the church today to enact a similar redeeming quality in their mentality, ministry, and mission to rural areas.

Early in the movie, Myra, a teacher at Hickory High, engages Norman Dale describing the rural-ness of Hickory. She vociferously notes that Hickory doesn’t appear on most state maps and that the only thing that comes through Hickory is a train. She goes on to explain that people—especially 50-year-old men—don’t move to Hickory for good reasons.

I think Myra’s understanding of Hickory has been (and to some degree continues to be) a realistic understanding of many today—even those in the church. For decades the church has promoted ministry and mission in the urban (and suburbia) …