The pulpit gives a record of our witness. 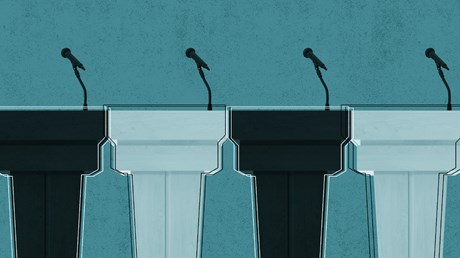 On November 4, 2008, some seven months after I became a father, I saw something unfold on television that I never expected to witness in my lifetime. The United States of America had elected an African American president. My son was asleep by the time the final results came in. Nonetheless, I lifted him from his crib, carried him to the television, and whispered into his still forming imagination: We have a black president; all things are possible. I wanted to make a record. I wanted my son to witness the seemingly impossible so that if someone someday doubted him because of the hue of his skin, I could tell him that God does more than we ever ask or imagine.

In light of recent gun violence, some of which appears to be racially motivated, the church’s response to racial controversy is once again in the spotlight. We have to ask ourselves: What will our testimony be? What do we do when violent events occur with such startling frequency that we don’t know what to do or what to say? How do know when it is wise to be silent or when it is necessary to speak? Pastors, in particular, have to ask: How do we use the pulpit to preach against racism?

We find some guidance in Jesus’ interactions with the Pharisees and Sadducees. Many of these controversies are well known to us, including the question of paying taxes to Caesar (Matt. 22:15–21) and the question about the greatest commandment (Matt. 22:34–40). Of these various interactions, the cleansing of the temple relates most directly to how we lead churches and ministries in times of crisis.

When the chief priests and the elders ask Jesus, “By what authority are you doing these things?” Jesus replies with another question. “John’s …

Andy Stanley Explains Why His Megachurch Won’t Gather on Sundays Until 2021, Part 2

Comedian John Crist: ‘The Biggest Hypocrite Was Me’

How Churches Are Taking Responsibility and Acting Carefully