Can Christian fraternities and sororities redeem a campus culture bruised from hazing and drowning in alcohol? 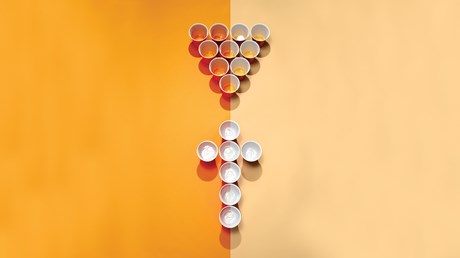 Hours after sunset, the air was still muggy at the house I rented with three other college seniors in Fort Worth, Texas. Several students gathered around a folding table in a citronella-tanged backyard lit by tiki torches, lobbing ping-pong balls at red plastic cups.

Others sat in lawn chairs around a small bonfire, holding koozie-covered cans or cups with their names scrawled in black sharpie. The men sported boat shoes and Greek-letter t-shirts, while the women wore mostly sundresses with cowboy boots. Someone opened the house’s screen door and shouted over the country music to get my attention.

I followed him inside the house, where the air was even hotter. We slid along the wall past a crowd gathered in the kitchen, where two guys were holding up a third in a handstand atop a keg while he drank from the tap. Strings of white Christmas lights glowed in darkened rooms, and the twang of Big & Rich gave way to people jumping to the Black Eyed Peas amid a sea of toppled cups and crumpled cans.

When we reached the front door, a police officer was waiting. “Is this your house?” he asked. Neighbors had complained about the noise. And then: “Is this a frat party?”

“It’s not what you think,” I said. “We’re members of Beta Upsilon Chi, a Christian fraternity. Our letters stand for ‘Brothers Under Christ.’” I pointed back to the keg in the kitchen. “This is a root-beer kegger.”

All Beta Upsilon Chi functions are non-alcoholic. The students in the backyard weren’t playing beer pong; the cups were full of water. The empty cans were Dr Peppers. The officer raised an eyebrow—he clearly didn’t believe me. He told us to turn off …