Home Around The Web Pew: Why Americans Go to Church or Stay Home
0
SHARES
ShareTweet

Among regular attenders of religious services: 2 in 3 go because of their kids, Catholics half as likely as Protestants to value sermons, and 1 in 5 don’t usually feel God’s presence. 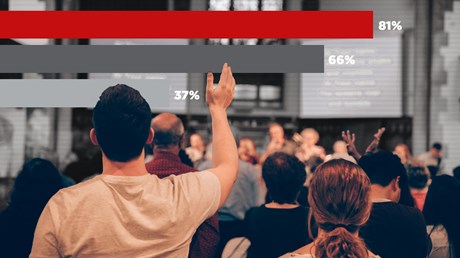 About 2 out of 3 American adults who regularly attend church or other religious services say they go for their kids, for personal comfort, or to become a better person.

Meanwhile, Catholic attenders are half as likely as Protestant attenders to say sermons are of enough value to be very important to their attendance.

These are among the results of a new Pew Research Center study, released today, examining 10 reasons why people might attend religious services and 8 reasons why they might not.

Among US adults who do attend church or other religious services regularly (defined by Pew as attending monthly or more), 7 in 10 say a very important reason they attend is so their children will have a moral foundation (69%). Similar shares attend to become a better person (68%) or for comfort in times of trouble or sorrow (66%).

The most common reason for attendance is to become closer to God (81%), which far and away is also cited as the single most important reason (61%) with every other reason cited by less than a tenth of respondents.

Pew also examined the demographics of regular worshipers. Among the findings: