Home Around The Web One-on-One with Jonathan Merritt on ‘Learning to Speak God from Scratch’ : Part 1
0
SHARES
ShareTweet

“Most Christians who speak God do so passively.” 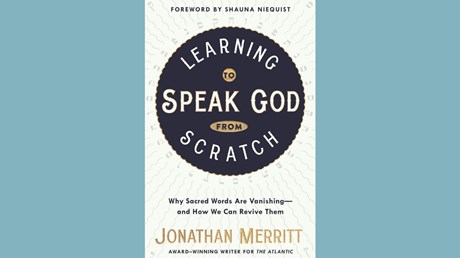 Ed: Jonathan, you are (to quote Churchill) a “riddle, wrapped in a mystery, inside an enigma.” When we first met, you were a teaching pastor at an evangelical megachurch, but I’ve seen you call yourself a “liberal Protestant” online. So, are you an evangelical, a mainline Protestant, or what?

Jonathan: Speaking of Christian words, you've used a lot of them here. As a result, answering your question requires a little bit of conversation and context, which I'm happy to provide.

I don't remember labeling myself a "liberal Protestant," but in many ways, that would be accurate. I've always been a part of the Protestant tradition, although I have a deep respect and fascination for the Roman Catholic Church and my spiritual director is a Jesuit priest.

Additionally, I'm somewhat liberal in many regards. I do not think that being a Christian means I have to dismiss the claims of science about issues like climate change or the origin of life, for example.

I wouldn't describe myself as "mainline Protestant" because that implies alignment with a church in a mainline denomination. I actively attend Trinity Grace Church in Tribeca in New York City, which is a Protestant church but not a mainline church.

People have also called me an "evangelical," and I've even called myself that on occasion. Defining what that means exactly is increasingly difficult. The meaning of a word has two parts: definition and connotation. The connotation of the word is synonymous with theological fundamentalism and uncritical Republicanism. I'm not evangelical if that's the case.

But by the best definition of "evangelical," which I argued at The Atlanticis Bebbington's …