With a disproportionate number of the majority-Buddhist nation’s outbreaks linked to church gatherings, is it religious persecution to punish leaders of the minority faith? 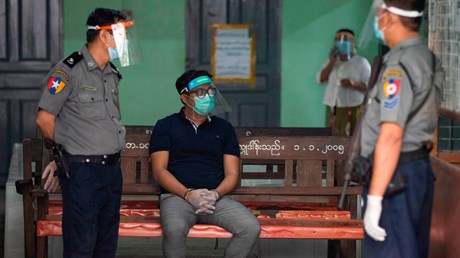 A pastor in Myanmar who claimed Christians would not contract the coronavirus and then became infected himself is being charged with defying public assembly restrictions. His detractors, including fellow believers, say he held religious services illegally amid the global pandemic. But an international religious liberty watchdog claims that authorities in the majority-Buddhist nation are unfairly targeting the church.

Canadian Burmese pastor David Lah and Myanmar national Wai Tun were arrested last month by authorities in Myanmar, also known as Burma, for allegedly holding worship services in Yangon despite a restriction on large public gatherings aimed at curbing the coronavirus pandemic. One worship gathering led to a cluster of 67 COVID-19 infections.

Lah, founder of DREAM Ministry International, was among those who fell ill despite stating in a March sermon, “If you hear the sermon of God, the virus will never come to you.” He was hospitalized and then quarantined for 21 days before being remanded to prison.

Following a May 20 court appearance, the judge told journalists that Lah would remain in jail while authorities investigate his case. He and Tun could face up to three years in prison, and three others could be charged in the case.

Yet public health is not the sole issue in Lah’s case, said Jeff King, president of International Christian Concern (ICC).

Lah did not blatantly defy Myanmar’s assembly restrictions, King told CT. After COVID-19 interrupted his plans for a large gathering, he transitioned to online services. However, about a dozen “excited followers” showed up as he livestreamed an event. One of them was a coronavirus carrier, and a cluster of infections resulted.