Caring for someone else’s kid brought heartbreak. But it also drew me closer to God’s kingdom purposes. 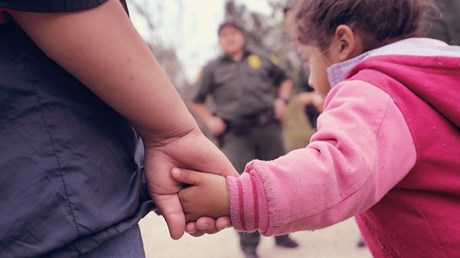 When the mother of my five-year-old foster daughter ran toward her and scooped her up in tears and smiles after an eight-month separation, I knew I was seeing shalom embodied.

Julia had lived in my home since February, one of the more than 3,000 children separated from their parents at the US-Mexico border since last fall. After her sponsor family neglected her, social services took her into custody and within hours, I became her foster mom.

Restoring children to their parents is the goal of foster care, but it’s also what repels many people from fostering in the first place. Why? The potential heartbreak is hard to reckon with. That prospect of loss is what I feared most last summer when my family and I initially embraced the call to foster.

After pursuing adoption in Mexico—where my family had served as missionaries—we found only closed doors and returned to the US with a greater attentiveness to the needs in our own community. I began to seriously consider America’s broken foster care system and found myself wrestling with Joel 2:12–13: “‘Even now,’ declares the Lord, ‘return to me with all your heart, with fasting and weeping and mourning.’ Rend your heart and not your garments.”

My excuse for not fostering had been the possibility of heartbreak after a child left, but I began to recognize this anguish as an essential part of the calling. I realized that not only is there a deep human need to be part of a family—there’s also a deep need to know where one came from. In seeking adoption, I had focused on the former. In becoming a foster mom, however, I had awakened to the latter.

Embracing heartbreak, I learned, is part of carrying each other’s …