Home Around The Web Mother Mary Is a Sanctuary&mdash;and So Are We
0
SHARES
ShareTweet

Annunciation Day invites us to be vessels of Christ in the world. 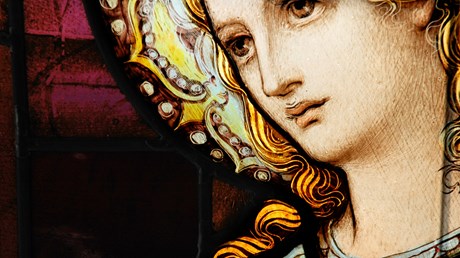 This Sunday marks the Feast of the Annunciation, when the angel Gabriel came to Mary with an outrageous announcement: that she would carry a human child who would also be the child of God. For many Christians, Annunciation Day—which lands exactly nine months before Christmas Day—marks the moment when Christ became incarnate and entered Mary’s womb.

Mary has been a controversial figure throughout the centuries and not just in Protestant circles. For some feminists, she represents the subservience of women in the Christian faith. More recently, however, she has come to represent the opposite: the liberation of the oppressed. Mary’s Magnificat, otherwise known as the Song of the Theotokos, stands for resistance. A poor, obscure woman spoke for those on the margins when she said, “He has brought down rulers from their thrones but has lifted up the humble. He has filled the hungry with good things but has sent the rich away empty” (Luke 1:46–55).

Mary’s traditional title of Theotokos, or “God-bearer,” may feel awkward for many Protestants, but it was affirmed by the third ecumenical Council of Ephesus in A.D. 431 (That council also reaffirmed the Nicene Creed, a decision that Protestants support.) Theologically, the title underscores what Scripture tells us—that Jesus was both a holy being and also a human baby of Mary’s womb, the divine one who had her DNA and blood running through his veins. This great mystery encourages us to ponder what it means for a woman to bear God.

“Bearing God” is a task not just for women who can carry children but for everyone who will undertake it—so the church has taught for centuries. We, like Mary, are asked …