Home Around The Web Megxit and the Church: Harry and Meghan Reflect Our Lost Youth
0
SHARES
ShareTweet

Britain’s royal family isn’t the only institution struggling to retain and empower the next generation. 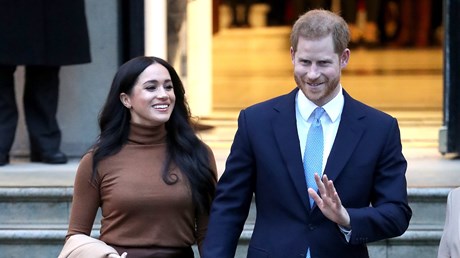 You know things are serious when “Senior Royals” in Buckingham Palace let it be known that they are “hurt” and “disappointed” over a decision made by one of their own. The revelation this week that the Duke and Duchess of Sussex, Prince Harry and Meghan Markle, intend to step back as senior royals and instead seek a way to become financially independent has received not only public challenge from the royal family but also a high degree of criticism from pundits and the press.

The tone of reporting in the United Kingdom has felt very judgmental, with one of the main critiques being the couple’s lack of consultation with the wider royal family. However, over the past few months, the Sussexes have made no secret about their personal and professional struggles. In October, they issued an official statement in which the prince said he could no longer be a “silent witness” to his wife’s “private suffering.”

Markle continues to bear the brunt of the angry reaction, which some see as both misogynistic and racist. Despite the scandal over Prince Andrew’s relationship with convicted sex offender Jeffrey Epstein, the tabloids have nevertheless focused on her surprising choices: to wear jeans to Wimbledon; to ride on a jet with Elton John; or to guest edit Vogue magazine. The media’s obvious problems in dealing with Markle as a progressive American woman of color with ideas and opinions is born out in the stinging criticism that has been directed at her over the step-down, in what some are calling “Megxit.”

Prince Harry has been the first to compare the hounding of his wife to that of his mother, Princess Diana. He has made it clear that he …