With mixed messages from leaders, evangelicals in Nicaragua and Bolivia have been especially hard-hit by the pandemic. 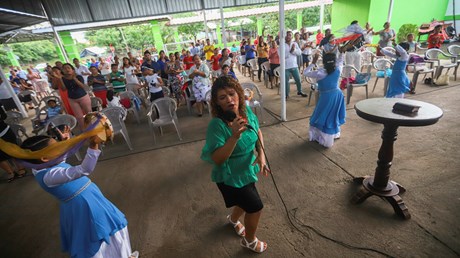 Some 400 men and women spaced themselves across a sprawling worship hall, praying through face masks with arms raised for the health of friends and family suffering from the coronavirus.

The congregation of Managua’s Bethel Restoration church knew the pandemic’s wrath: Two of its pastors were among the more than 40 evangelical leaders who have died in Nicaragua since March.

Throughout Latin America, a traditionally Catholic region with a surging evangelical presence in nearly every country, evangelical churches have kept spreading the gospel despite government measures meant to slow the spread of the coronavirus. In many countries, evangelical churches have flouted public health guidelines by holding in-person services, or have personally ministered to church members in homes and other settings.

In at least two countries, evangelical pastors have died in alarming numbers during the pandemic.

In Bolivia, where some 100 evangelical pastors have died, they have maintained close contact with their congregations, ministering, and providing support to the sick even though churches were closed early by government decree.

In Nicaragua, where the government has played down the epidemic and avoided imposing restrictions, evangelical services continued at some churches even as the more hierarchical Roman Catholic churches stopped holding in-person Mass.

“There was too much misinformation,” said Raúl Valladares, who took over Bethel’s congregation after his father and another pastor died June 5. “Just in our denomination, some 20 pastors have died. And at Bethel we have a pastor, my father and some 25 brothers (members) who died from COVID-19,” though he said the church had tracked the cases …