Why did we turn on the Jews so quickly? And what do we do about it now? 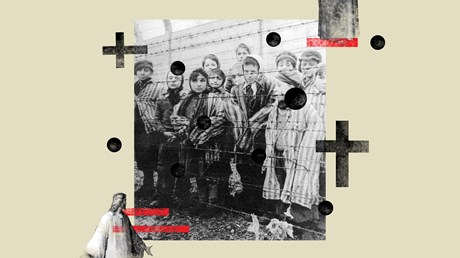 The custom of circumcising the flesh … was given to you [Jews] as a distinguishing mark…. The purpose of this was that you and only you might suffer the afflictions that are now justly yours; that only your land be desolated, and your cities ruined by fire, that the fruits of you land be eaten by strangers before your very eyes.

We tend to think the birth of Christ was intended to be a blessing for the whole world. No question it eventually was seen as such, and rightly so. “Peace on earth and goodwill to men,” after all. But when the wise men came from the East, they were not looking for the universal savior, but only for the “king of the Jews” (Matt. 2:2).

The first indication of this was noted by the angel who appeared in a dream to Joseph. After announcing that his betrothed will conceive by the Holy Spirit, the angel says, “And you are to give him the name Jesus, because he will save his people from their sins” (Matt. 1:21). Not all people. His people. That is, the Jews.

We might expect all that in Matthew’s gospel, which seems to have been written with a Jewish readership in mind. But not in the Gospel of Luke, who is said to have Gentiles in focus when he wrote his work. Yet we read in Luke 1:16 about an angel announcing to Zechariah the coming birth of John, who …