How the American pastor handled a crisis of faith during his Turkish imprisonment. 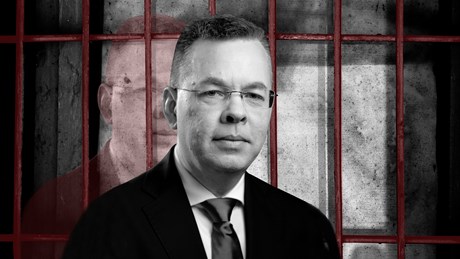 Many of the Christians we admire most have been imprisoned for the cause of Christ. Believers like Corrie ten Boom and Richard Wurmbrand are remembered as giants of faith and perseverance, blessed with a peculiar sense of God’s power and presence even in the midst of extreme suffering. In God’s Hostage: A True Story of Persecution, Imprisonment, and Perseverance, pastor and missionary Andrew Brunson provides a raw account of his own experience as a prisoner of the Turkish government. Yet his is a story of doubt as well as faith, of depression as well as hope. Writer and former missionary Jaclyn S. Parrish spoke with Brunson about suffering, growth, and dependence on God in the face of despair.

Can you give some of the background of why you were imprisoned?

My wife, Norine, and I were missionaries in Turkey for 23 years, and we never tried to hide our work. We were surprised when we were detained. There was an attempted coup in 2016, but that didn’t change the views of the government leaders. I think it just gave them an opportunity to do many things they’d wanted to do before. It had nothing to do with our arrest; it just created a very tense environment.

When they called us in, we thought we were getting our residence permits. But then they said, “No, you’re being arrested for deportation.” Norine was released after 13 days, but they kept me. There are several reasons, and they changed over time, but the big thing is that they wanted to make an example of somebody, of a missionary, to intimidate other missionaries so that they would self-deport. And they also wanted to intimidate local believers. At some point, the government decided to keep me as a political pawn, a bargaining chip. …