Q&A: Minister and scholar Cleve Tinsley says conversations should address history of inequality and include representation from black scientists. 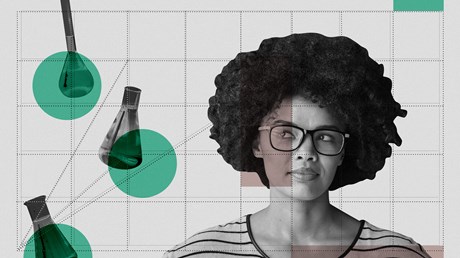 The conservative Christian who sees science as a threat to faith is a common stereotype. Religious studies scholar Cleve Tinsley IV points out, however, that this view lumps conservative black Protestants into the same category as conservative white evangelicals, neglecting how African Americans’ unique history and justice concerns could shape their views of science.

For Tinsley, whose spiritual formation happened within black evangelicalism, the church was his first site of critical inquiry that set him on a path to become a scholar. Since he is also a minister, he recently used his connection to African American churches to engage congregants in a sociological study.

As part of broader nationwide research at the Religion and Public Life Program at Rice University, Tinsley and his colleagues studied three black Protestant congregations—two lower income and one higher income—in Chicago and Houston. Interviewing 50 individuals, they explored how factors like income and education affect views on the relationship between science and faith.

Tinsley and his team wondered whether congregants would mention the history of abuses by the scientific community against African Americans, such as the Tuskegee study from the 1930s-1970s that withheld effective treatment from black men with syphilis or the use of Henrietta Lacks’s “immortal” cells beginning in the 1950s without informed consent.

They found that respondents held a cultural memory of scientific research that reinforced ideas of black inferiority (though they didn’t mention specific events), along with faith concerns that sometimes compounded mistrust of scientists.

Many respondents in the lower-income congregations, and a few in the higher-income …