The new HBO take on Phillip Pullman’s trilogy explores the brutality of a church’s power without the gospel. 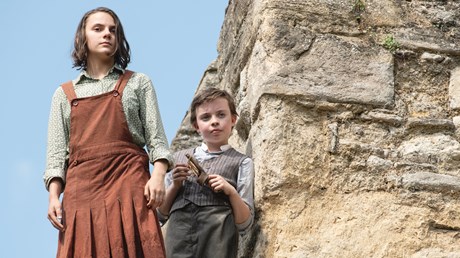 Imagine a world where the church exists without Jesus. Where a hierarchical church authority controls society, but lacks the genuine faith to guide it. His Dark Materials, a new HBO show based on the trilogy of the same name by Phillip Pullman, takes viewers into this oppressive world where the “Magisterium,” a fictional church, rules with fear and brutality.

His Dark Materials, which premiered Nov. 4 and airs on Mondays, intentionally offers viewers a picture of a powerful institutional church without Jesus or the gospel. The show’s narrative follows so-called heretics as they fight the ruthless Magisterium, which demands allegiance to its traditions and its mysterious “Authority,” without offering the hope of a Savior in exchange.

Anything that challenges the Magisterium’s authority is labeled heresy—and the merciless church will do anything to protect its power. His Dark Materials is less a story about belief and more about power, and how religious organization can distort and manipulate faith in God.

The overarching conflict of the show is between the freedom to choose and the church’s control. His Dark Materials isn’t shy about parallels to the Garden of Eden story. A key portion of Genesis is read aloud in one classroom scene: “eyes will be opened…and you shall be as gods, knowing good and evil.”

The Magisterium offers “scholastic sanctuary,” or academic freedom—but it’s a loophole with limits. Scholars are warned against “blasphemy” and spies are present even in private conversations, with the authorities ready to mete out punishment. This world lives under fear of the church.

Pullman describes himself as an atheist. …