Grace does not sabotage the pursuit of righteousness but empowers it. 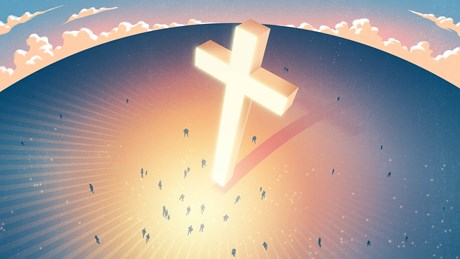 In the now famous October courtroom scene, Brandt Jean turned to the former Dallas police officer convicted of killing his brother, Botham Jean, and said, “I forgive you. And I know if you go to God and ask him, he will forgive you.” Then the black man stepped off the witness stand and warmly embraced the white woman, Amber Guyger, who was sentenced to ten years in prison for murder.

The scene inspired millions. But any time the radical grace of God becomes manifest, some begin to grumble, and for understandable reasons. As Jemar Tisby noted in The Washington Post, the killing of a black person by a white person is always an iconic event. Such tragedies “aren’t just felt by one black person. The black community feels the impact.” He also said, “Instant absolution minimizes the magnitude of injustice. It distracts attention from the systemic change needed to prevent such tragedies from occurring.”

Tisby is rightly concerned about what Dietrich Bonhoeffer called “cheap grace,” as in: “Cheap grace is the preaching of forgiveness without requiring repentance . . . grace without discipleship, without the cross.” Many today would add, “grace without the pursuit of justice.”

Sentimental grace is indeed a danger, and yet so is a grace that is qualified by something we have to do to earn it. Faith without works is dead, as James noted, but that doesn’t take away from the fact that the forgiveness that faith receives is, in fact, “instant absolution.” To be clear, this instant absolution took place long before the act of faith, when on the cross Christ announced, “It is finished.” That was the moment when “God was reconciling …

Sometimes, Telling Us More About the Pilgrims Actually Tells Us Less

She Knew She Was Called to Serve. Then COVID-19 Came.