I was rolling on Ecstasy when the scales suddenly fell from my eyes. 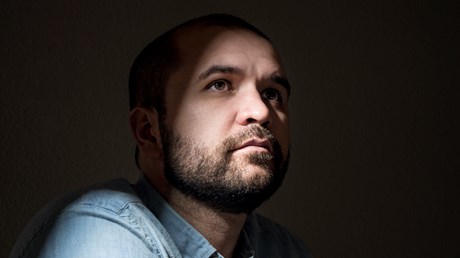 I never thought I would become a Christian. I wasn’t raised in church. I grew up believing science had all the answers, that religion was merely lingering superstition from a more primitive time. Adam and Eve, Noah’s ark, Jonah living in the belly of a whale for three days—none of it seemed plausible. Santa Claus and the Easter Bunny weren’t real, and Jesus Christ probably wasn’t either.

I spent my first 25 years living by my own standards. I thought I could do whatever I wanted as long as I wasn’t hurting anyone. I partied, drank, did drugs, and looked for fulfillment in other people. None of it made me happy. I wasn’t content, no matter what I did.

My journey to faith began six years ago, when I had dinner with a coworker and his wife who were evangelical Christians. There was nothing out of the ordinary about them, but the contrast between our lives was jarring. After dinner, I was meeting up with friends to split up some drugs. My coworker and his wife never got drunk. Instead of getting messed up on weekends, they helped people.

I went with them to church a few times, but nothing stuck. I could see the appeal of a Christian lifestyle. I just didn’t believe any of it.

Cracks in My Worldview

The first thing that shook my view of the world was reading about the many scientists who believe our universe is a simulation. It has seemingly been fine-tuned for our benefit. According to the British astronomer Martin Rees, the values of six physical properties of the universe had to be exactly right for life to exist. Scientists don’t really have an explanation. Some have proposed that we exist in a multiverse made up of an infinite number of possible universes, and we just happen …