Home Around The Web God in Suffering: Our Response to Too Many School Shootings
0
SHARES
ShareTweet 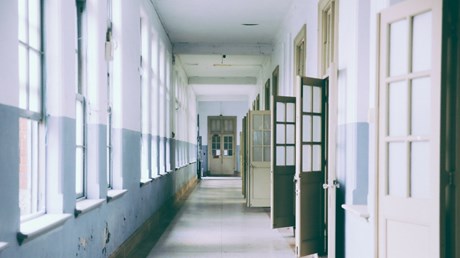 The March for Our Lives—a student led effort to speak out against school shootings—took place in Washington D.C. on Saturday, March 24th. Hundreds of thousands of passionate protesters gathered in our nation’s Capitol to advocate for policy changes in support of an end to the needless massacre of students and teachers.

Data suggests that since 2000, there have been more than 130 shootings at elementary, middle, and high schools and 58 at colleges and universities. The resulting injuries and deaths are astounding.

This violence has become all too common for today’s generation of school-age children. Lockdown drills, security procedures, and bolted doors are no longer a temporary response to a short-lived problem; these mass shootings, it seems, aren’t going away anytime soon.

In response, many have called for gun legislation reform—restrictions placed on who can buy what weapons and when. Others instead choose to cast blame on the hand behind the bullet and not the weapon itself to maintain allegiance to a strict constructionist interpretation of the 2nd Amendment. Regardless, all have taken to social media to share their one-stop, quick-fix, fool-proof solutions to decades of violence.

Christians too have been quick to throw their ideas into the bubbling cauldron. Some policy-based, others more theological in nature.

A quick scroll through social media led me to the discovery of one Christian’s attempt at explaining the complexities of gun violence in schools: an image depicting an imagined conversation between God and man.

Why do you allow so much violence in our schools?

I’m not allowed in schools.