A critical part of the broader diaspora movement of people is international students among us. 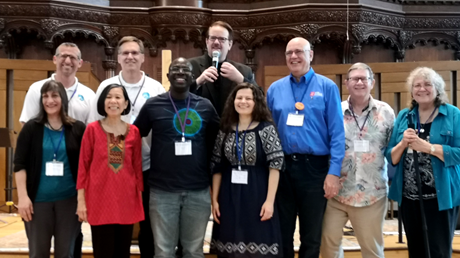 This summer, 300 people gathered in downtown Toronto to be part of a conference on international student ministry, commonly referred to by practitioners as ISM. The event, GLOBAL CAMPUS: Babel or Pentecost, was one of the two largest and broadest ISM events in the history of Canada.

Although uniquely collaborative, featuring several sponsoring agencies, the conference was led by the Association of Christians Ministering Among Internationals (ACMI), a networking body of ISM-engaged people in North America and beyond. Since 1982, ACMI has been holding these annual events for inspiring, learning, and networking among Christians engaged in ISM. ACMI has a robust history of drawing experienced practitioners of ISM who can learn from and network with each other.

Gospel outreach among international students and scholars is one of the most sensible responses to Christ’s Great Commission in our day. The church can share the love of Christ among those whom God has sovereignly placed at nearby colleges and universities—without leaving our neighborhoods and in a cost-effective manner.

These visiting internationals speak English and often desire friendship with Americans. They are bright young people who go on to positions of leadership or influence, and they tend to come from less-reached parts of the world.

We are truly enriched to have these visitors among us. They are diligent …