Why a growing political push to put the Bible in classrooms only has a minor impact. 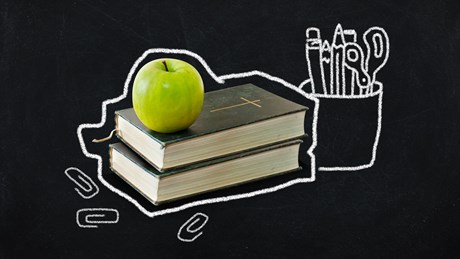 As a Southern Baptist pastor, Smith believes Scripture has the power to transform their lives and ultimately lead them to salvation. As superintendent of the county school district, he thinks a basic knowledge of the Christian text helps them understand history, literature, and art.

But when the Georgia state legislature passed a Bible literacy bill in March, authorizing public schools to teach the Bible, Smith shrugged. “My sense is it was a solution in search of a problem, to be quite honest,” he said.

Legislatures across the country have been considering laws that would accomplish one of the long-talked about goals of Christian conservatives—putting the Bible back in schools. Kentucky passed a Bible literacy bill in 2017, approving elective courses on “the historical impact and literary style” of the Bible. Three states looked at similar laws in 2018. Six more considered them in 2019.

After President Donald Trump tweeted his support for the legislation in January, Georgia proposed, passed, and signed its own Bible class bill into law.

There was something odd about this political victory, though. Georgia public schools already had Bible literacy classes. The state had approved them in 2006.

Back then, Georgia’s Bible literacy bill passed with overwhelming support from both Republican and Democratic lawmakers, and Georgia became the first state since a controversial 1963 Supreme Court ruling to say that the Bible could be taught in public schools.

Much Ado About Nothing

In Pandemic and in Health, I Make This Vow