The Amazon Prime series is personal for its starring actress Emma Elle Roberts. 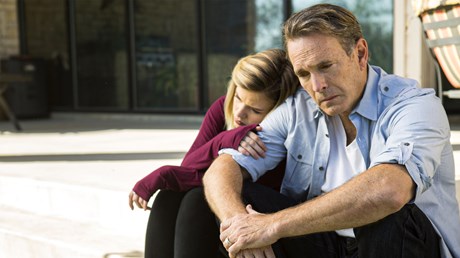 In a time when the American church is grappling with a steady flow of sexual abuse allegations, the co-star of a new faith-based TV show says she relied heavily on personal experience and her faith to approach the topic with gravitas.

The show begins as a toned-down police procedural, though the detective’s family life becomes more integral with each consecutive episode. Family tensions hit a climax in episode eight when Travis’s estranged college-aged daughter Katie (Emma Elle Roberts) has returned home to reveal her pregnancy. Viewers learn along with Travis that Katie had been raped.

Actress Emma Elle Roberts shared that the scene mirrors her own life. She was violated as a teen, in events that still have a ripple effect a decade later.

“I had a really hard experience where I was taken advantage of when I was about 16,” Roberts said in a phone interview from Los Angeles. “To be able to retell that story and know where it’s going, it was actually really cathartic for me.”

While she appeared in The Hunger Games: Mockingjayand Insurgent, Roberts has often chosen roles that reflect her evangelical beliefs. In the recent pro-life film Unplanned, her character stands outside a local Planned Parenthood facility to pray for those entering the clinic.

Now her latest role depicts redemption—with a personal slant. “There’s a lot that I relate to with Katie,” she said. “In Revelation, it talks about: ‘By the blood of the Lamb and the word of our testimony we will …