Under James MacDonald, Chicago-area megachurch may have been in “serious violation” of 4 out of 7 stewardship standards, says Evangelical Council for Financial Accountability. 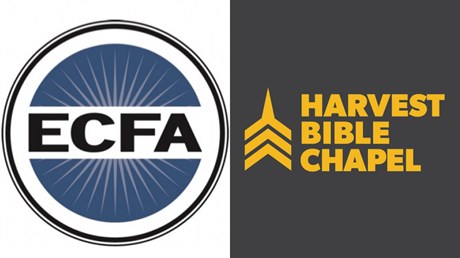 Harvest Bible Chapel had its accreditation suspended this week by the Evangelical Council for Financial Accountability (ECFA), after “new information” led to concerns that former senior pastor James MacDonald’s administration was in “serious violation” of 4 of the agency’s 7 standards for biblical and ethical financial stewardship.

“During the indefinite suspension, the church may not represent that they are an ECFA member or display ECFA’s membership seal,” wrote president Dan Busby in a statement released Friday afternoon. Harvest used to display ECFA’s seal prominently on its online giving page.

“The investigation has been and will remain ongoing during the suspension as we work to determine whether Harvest Bible Chapel should be terminated, advised of the steps necessary to come into full compliance,” wrote Busby, “or whether they are in fact in compliance with our standards and should, therefore, be restored to full membership.”

On Wednesday, Julie Roys—author of a months-long investigation into MacDonald’s leadership published by World magazine that contributed to his February firing—devoted a blog post to critiquing ECFA’s affirmation late last year that Harvest remained a member in good standing despite what she called “glaring improprieties.”

For example, the church has repeatedly used money donated for one purpose to fulfill other purposes. Money given to Walk in the Word, the broadcast ministry of recently-fired Harvest founder James MacDonald, was used to develop a deer herd …