The delayed penalties for James MacDonald’s church have some evangelicals challenging the financial watchdog’s role and others defending it. 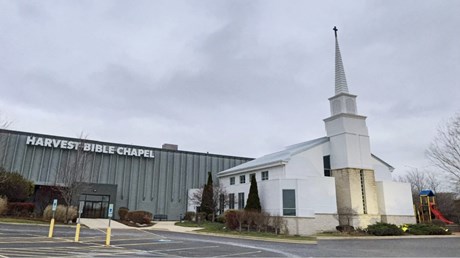 About five years ago, the Village Church of Barrington, a congregation northwest of Chicago with a $1.8 million annual budget and average weekly attendance of 600, decided to become accredited with the Evangelical Council for Financial Accountability (ECFA).

ECFA—founded in 1979 to promote financial integrity in Christian ministries and avert heightened government regulation in the wake of televangelist scandals—claims nearly 2,400 members.

Those member churches and nonprofits receive more than $29 billion in annual charitable donations from 20 million donors, according to the Virginia-based ECFA.

The Village Church already allowed members to review its books and prided itself on having a transparent approach to finances. Joining ECFA would help cement its commitment to transparency.

“We thought it would give donors confidence to know that we were doing things by the book,” said David Jones, the Village Church’s senior pastor.

But now—amid scrutiny over ECFA’s years-long failure to identify financial misdeeds at Harvest Bible Chapel, a Chicago-area megachurch that fired its founder and senior pastor, James MacDonald, earlier this year—the Village Church is rethinking its relationship with the Christian watchdog group.

In December, ECFA issued a statement saying that Harvest was in compliance with its rules. Not long afterward, church officials admitted misleading ECFA.

“As we’ve watched this whole Harvest thing unfold, our deacons have been discussing whether to renew it or not,” said Jones, a former Harvest Bible Chapel staff member who left the megachurch nine years ago with concerns …