Home Around The Web Don’t Look Away: Why Ahmaud Arbery’s Tragedy Must Be Addressed Head On
0
SHARES
ShareTweet

The unfortunate truth is that even in our ability to retreat into ignorance, we betray the disparity in our experiences and the systemic injustice in our culture. 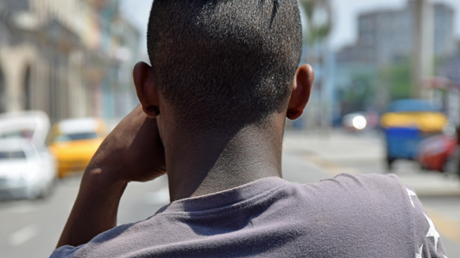 For many in America, responding to the seemingly-endless shootings of African Americans has become a horrific form of muscle memory. After yet another tragedy like the shooting of Ahmaud Arbery occurs, we see similar patterns: an initial burst of reporting, followed quickly by social media commentary, followed by think-pieces across various platforms, followed by social media commentary on the think-pieces.

Within a week, however, the entire matter is tied up nicely and everyone is able to move on. Most of us forget as we return to being engrossed in our lives, only to be thrust back into this cycle when another new shooting is jarring enough to penetrate the blaring noise of our daily news-cycle.

The fact that Arbery was killed in February and many didn’t know until May speaks to our dependence upon images to incite response—a dependency that, as many have pointed out, dehumanizes victims and establishes a bar of proof we don’t demand of others.

Moreover, the fact that only images push us to take seriously these stories underlines the frenetic nature of our media landscape. So few stories not drenched in the political and culture wars theming our day are able to rise above the chaos to capture our attention. That many are feeling oversaturated and digitally burned out during our current crisis has only exacerbates this problem of ignorance.

The unfortunate truth is that even in our ability to retreat into ignorance, we betray the disparity in our experiences and the systemic injustice in our culture. While this story (despite being so relevant and discussed currently) will fade for most of us, for others this story is their experience. They carry it with them when they wonder if it is safe to go for runs in …