Every week for more than 30 years, he interpreted headlines in light of prophecy. 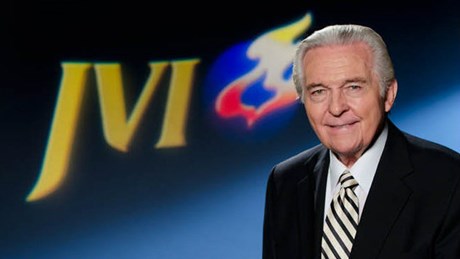 Jack Van Impe, a popular televangelist and one of the world’s most well-known end times preachers, died at the age of 88. His passing was confirmed Saturday by Jack Van Impe Ministries International.

Every week for more than 30 years, Van Impe appeared on TV as the host of his own half-hour show, Van Impe Presents, offering eschatological commentary on current events. Alongside his wife Rexella, Van Impe read the latest headlines and explained how they connected to prophecy about the Antichrist, one-world government, and the rapture of true believers that might happen at any moment.

“We only report the news from the latest papers and magazines,” Van Impe once said, “but we use the Word of God to show you that it means Christ is coming.”

Van Impe reached a global audience from his studio in the suburbs of Detroit. He had memorized tens of thousands of Bible verses, earning himself the nickname “the Walking Bible.” He would recall Scripture on his show as he explained his apocalyptic theology, before ending each episode with a call for viewers to prepare for the end by accepting Christ as their Lord and Savior.

“Few reached a larger audience than evangelist Jack Van Impe,” historian Paul Boyer wrote in his landmark study of prophecy belief in modern America. “Bible quotations studded Van Impe’s apocalyptic predictions, including not only the familiar ones from Revelation, Zechariah, and 2 Peter … but also more obscure selections from Joel, Zephaniah, Malachi, and … Ezekiel.”

Van Impe was born in Freeport, Michigan in 1931, the son of two Belgian immigrants. Jack’s father Oscar worked in a Plymouth auto factory by day …