Home Around The Web Christian, What Do You Believe? Probably a Heresy, Says 34-Question Theology Survey
0
SHARES
ShareTweet

Third study of the state of American theology released by Ligonier Ministries and LifeWay Research. 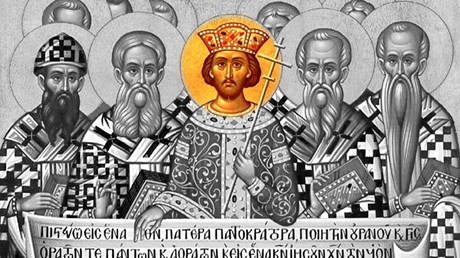 American evangelicals are “deeply confused” about some core doctrines of the Christian faith—and the fourth-century heretic Arius would be pleased, according to a new survey.

For the third time, Ligonier Ministries has examined the State of Theology in the United States, conducted by LifeWay Research and based on interviews with 3,000 Americans. The survey, also conducted in 2014 and 2016, offers a detailed look at the favorite heresies of evangelicals and of Americans at large.

Ligonier wanted to know what Americans “believe about God, salvation, ethics, and the Bible.”

“Overall, US adults appear to have a superficial attachment to well-known Christian beliefs,” stated the ministry. “For example, a majority agreed that Jesus died on the cross for sin and that he rose from the dead.

“However, they rejected the Bible’s teaching on (1) the gravity of man’s sin, (2) the importance of the church’s gathering together for worship, and (3) the Holy Spirit,” stated Ligonier. For example:

Ligonier cites relativism for such a “casual outlook.” In the survey, 6 in 10 Americans agree that “religious belief is a matter of personal opinion [and] not about objective truth”—and 1 in 3 evangelicals (32%) say the …