Home Around The Web Celibate Priests: What You Need to Know
0
SHARES
ShareTweet

After the Amazonian Synod, the Catholic stance on clerical celibacy remains unchanged. Here’s how CT has covered this issue over the years. 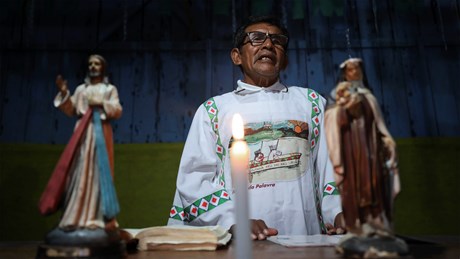 One of the most significant and contentious issues under discussion during the Catholic Synod of Bishops for the Pan-Amazonian Region, held in October 2019, was the question of whether to allow married men in that region to become priests. The reason for this consideration is the significant shortage of priests among indigenous people groups in the Amazon region. Due to the shortage, many indigenous Catholics in that region are unable to regularly celebrate the Mass and receive other forms of pastoral care. After months of reflection, Pope Francis responded to the synod in Querida Amazonía without directly addressing the issue of allowing married men to become priests, thus leaving the current expectation of clerical celibacy unchanged.

The Bible affirms the value of celibacy for both lay Christians and church leaders, most notably in 1 Corinthians 7. In this passage, Paul speaks of his own unmarried state (vv. 7–8) and commends celibacy as a way to focus on pleasing the Lord (vv. 32–35). Paul emphasizes the liberty unmarried Christians have in contrast to the obligations married Christians have to their families. Paul’s reference to avoiding entanglement in “civilian affairs” in 2 Timothy 2:4 is also thought to refer, at least in part, to singleness and celibacy. It is important to note that, alongside its discussion of celibacy, 1 Corinthians 7 also clearly affirms Christian marriage. Further, multiple passages of Scripture speak directly about married church leaders, including specific instructions about married bishops or overseers (1 Tim. 3:2), elders (Titus 1:6), and deacons (1 Tim. 3:12).

Priestly celibacy was discussed and debated by …