Trustees release a summary of findings from an internal investigation, while a pastor who oversaw the restoration process resigns. 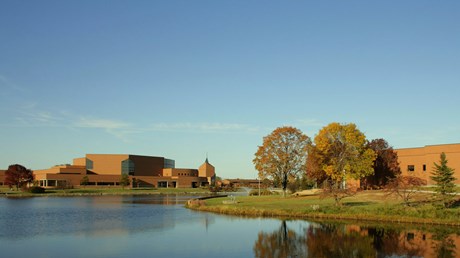 Cedarville University president Thomas White has been reinstated despite an internal investigation concluding that he kept the university from knowing the “specific nature” of a former professor’s abusive past.

Two members of the board of trustees have resigned in protest, saying the investigation’s findings were “extreme troubling.” Some of the Cedarville faculty say they have lost trust in the school’s leader.

White was put on leave May 1, a week after he fired Anthony Moore. Moore was three years into a five-year “restoration plan” as an employee at the Baptist school when White said he learned “additional information related to [his] past” and ended his employment at the university, where he had taught theology, helped coach basketball, and served as a special advisor on diversity.

While White knew about the behavior that cost Moore his previous job as pastor at The Village Church in Fort Worth, White said he didn’t realize the extent of the misconduct, that Moore had reportedly filmed a subordinate in the shower multiple times over months, not just one or two times. CT reported that Moore’s Cedarville colleagues, fellow professors and basketball coaches, said they were not informed that his sinful past involved abuse.

According to a statement released by Cedarville trustees Friday afternoon, an internal investigation by the legal firm Husch Blackwell LLP found no evidence of sexual misconduct by Moore while he was employed at Cedarville.

The report acknowledged White’s “benevolent motivation” in hiring Moore under a plan to counsel and restore him, but said “it is reasonable to infer… President …