There are hopeful implications embedded in this Old Testament story. 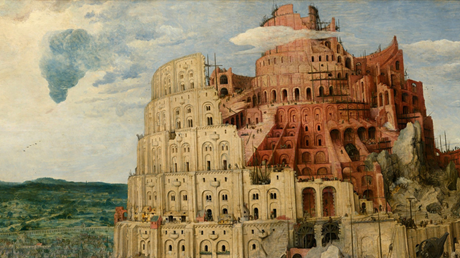 The Old Testament story of the Tower of Babel is one that many of us often overlook in terms of its implications on the life of the church. Honestly, for those of us reading the Bible in our modern context today, the storyline itself can sound quite confusing.

A group of men and women conspire together in the same language to form a great civilization. As the writer of Genesis conveys in chapter 11, the people said, “Come, let us build ourselves a city, with a tower that reaches to the heavens, so that we may make a name for ourselves; otherwise we will be scattered over the face of the whole earth” (Genesis 11:4).

In these moments, self-glory and hedonism manifest themselves quite overtly. This ancient cohort wanted to assert their own will and make their name great; it wasn’t about honoring God or seeking his guidance, but about finding a way to hold and keep power for themselves.

So, in Genesis 11:9, God scattered the people and they stopped building this city they had so carefully schemed to construct.

While it might be easy to assume that this story has no bearing on the people of God living thousands of years later after the coming of Christ, that would miss a key part of the point. In fact, we see an important linguistic thread throughout the Old Testament and into the New Testament.

What flows out of the Tower of Babel is quite significant: nations are created and then, eventually, Israel becomes a missionary to the nations. The prophet Isaiah proclaims this in Isaiah 2:2: “In the last days the mountain of the Lord's temple will be established as the highest of the mountains; it will be exalted above the hills, and all nations will stream to it.”

The idea in the Old Testament was that …