Home Around The Web Another Way for Immigration Reform? How Evangelicals Can Help Lead It
0
SHARES
ShareTweet 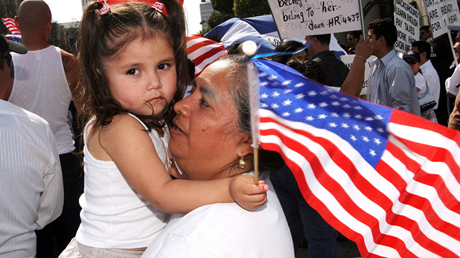 This August, after more than three decades in the United States, 66-year-old pastor’s wife Julita Bartolome was deported.

Her U.S. citizen husband, a Baptist pastor and a custodian at Chicago’s Moody Bible Institute, had been trying since 2002 to get his wife permanent legal status. Now separated from his wife by an ocean, he intends to keep trying to get her back.

The case has many troubled, particularly among the evangelical community, of which Julita and her husband are a part. Many are asking if there is a better way than this.

They’re not alone in asking this question. One local church in the heart of the Bible Belt recently lost 150 congregants to an immigration raid. Another town – Morristown, Tennessee – found itself deeply shaken in the aftermath of a 2018 raid. Many of its residents are evangelical Christians who voted for President Trump despite – or even because of – his harsh rhetoric on immigration. Yet the raid complicated and colored their perspective.

“When I heard ‘crack down on illegal immigration,’ I interpreted it as a crackdown on illegal immigrants that were criminals,” Krista Etter told This American Life “If there was a drug situation, you know, violent criminals, pedophile, any kind of situation of that nature. That’s what I expected…I don’t think anybody ever really stopped to think that they were going to go after the family man working at the meatpacking plant. That’s not what I had in mind.”

David Williams, a Southern Baptist pastor in Morristown, concurs: “I think people were voting for a secure border. You know, surely people didn’t vote that families would be separated, and that families …