He asked me how I knew my faith was true. I couldn’t give a compelling answer. 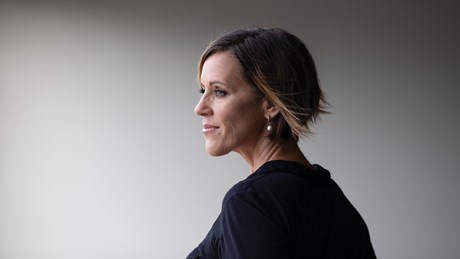 I was a competitive tennis player and an academic high-achiever. Whatever I did, I did it with all of my heart—and being a good Mormon was no exception.

As a sixth-generation Mormon girl, I believed that the Mormon Church was the one true church of God. I believed Joseph Smith was a true prophet of God. By age six, I was convinced that having a temple marriage and faithfully obeying Mormon laws would qualify me to spend eternity in the highest heaven—the Celestial Kingdom. There, I would exalt into godhood and bear spirit children. This was my greatest dream.

As a young girl, obedience felt as easy as skipping pebbles. As I entered my teenage years, it felt more like dragging boulders. The burdens included paying a full tithe, dressing modestly, maintaining sexual and moral purity, actively attending church, and obeying the Word of Wisdom (which forbade consuming alcohol, tea, coffee, or tobacco). I longed to make myself worthy of entering the temple one day.

But there were temptations to resist. Throughout high school, Mormon friends of mine began drifting into the world of partying. Alcohol seemed to release them from the striving and shame that comes with performance-based love. It took a will of steel to resist joining them each weekend. For three years I resisted, feeling like a pressure cooker of unworthiness waiting to explode.

As a senior, I gave up resisting, telling myself that this rebellion would only last for a season. I jumped into the party world with the same passion I brought to the rest of my life, funneling beer without restraint. One party at a time, my conscience started shutting down. I was “unworthy”—and relieved to no longer care.

Yet even as I felt liberated …