An experienced litigator explains why believers and nonbelievers alike have a stake in defending America’s “first freedom.” 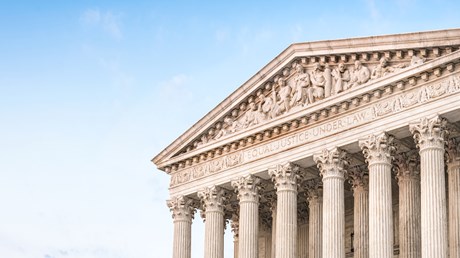 As a leading attorney for the Becket Fund for Religious Liberty, Luke Goodrich has helped litigate some of the most important religious liberty cases heard by the United States Supreme Court over the past decade. Decisions in these cases have protected the ability of churches to select the ministers they desire, kept a family-owned company from having to provide insurance that covers abortifacients, and ensured that a prisoner could grow a short beard as required by his faith.

Goodrich has also written a book, Free to Believe: The Battle Over Religious Liberty in America. Typically, attorneys are not known for their crisp, clear prose, but I’m pleased to report that Free to Believe is a pleasure to read. Goodrich is an excellent writer, and throughout the book he scatters stories and personal anecdotes that help bring to life what could otherwise be a dry subject.

Goodrich begins by offering a robust, Christian defense of religious liberty. He argues that God created men and women in his image, that he intends for us to be in relationship with him, and that this relationship must be freely chosen. Religious liberty is first and foremost a God-given right grounded in a biblical conception of justice, not a gift from the state. It is a right that God provides to all of his image-bearers, not just those who already follow him.

From the Roman emperor Constantine to the present day, Christians who have access to political power have been tempted to use governments to promote their understanding of Christian orthodoxy. This is unfortunate, Goodrich argues, because true faith cannot be coerced, rulers are poor judges of religious truth, and, most fundamentally, when “the government punishes someone for …