Home Around The Web A Pastor Dies By Suicide: Three Things We All Need to Know
0
SHARES
ShareTweet

As many of us learned of Jarrid Wilson’s suicide, I’m reminded that pastors (and Christians) are not immune, and being honest about that is good for all of us. 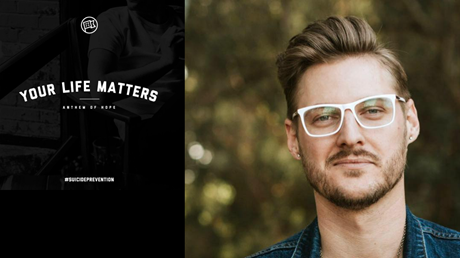 A pastor died by suicide.

That’s a sentence that might cause us to look twice.

We don’t expect pastors to take their own lives. They help people with their lives.

They talk about new life. They don’t end their own.

And yet another tragedy happened. Yet another well-known pastor—Jarrid Wilson—died by suicide.

Every suicide shocks us, but when a well-known pastor (or any Christian public figure) takes his or her own life, it causes questions to arise.

Perhaps it should. Perhaps in some ways it brings us back to the reality of who pastors are and what they do. Perhaps the tragedy is compounded even more by the fact that so many of us are hearing about it on World Suicide Prevention Day.

When I woke up this morning, I hadn't actually planned to write an article on suicide. I debated it, but decided simply to tweet later in the day about this important day.

But then I read about my friend Jarrid, a pastor and mental health advocate. So instead, I want to share some thoughts that, I hope, might be of some encouragement to pastors and church leaders.

Let me first say that many people have written many helpful things about suicide today, and they're worthy of our reading and our attention. Some of them are by Christian leaders, and I often look to Rick and Kay Warren for what they might share. (See their comments here.)

I’ve written about the church and suicide before as well.

But there are countless resources out there written from outside the Christian community as well.

Regrettably, one of the realities of the evangelical community is our hesitancy to look outside of our community for help. But truth be told—and I can attest from this very reality in my own extended …