Home Around The Web A Foster Mother, a Murderer, and a Seemingly Simple Yes
0
SHARES
ShareTweet

How a shocking gesture of grace changed them both from the inside out. 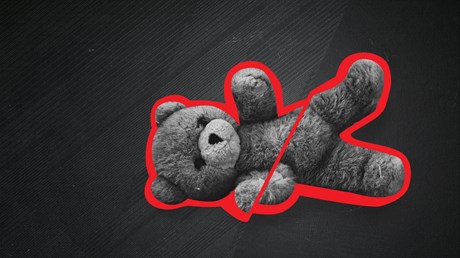 When the words murder and motherhood share the same book title, it’s a safe bet that a tale of tragedy will follow. But Debra Moerke’s new memoir, Murder, Motherhood, and Miraculous Grace: A True Story, reads more like a narrative of redemption than a depressing true-crime story. In a little over 300 pages, the book tactfully recounts a real-life tragedy in order to demonstrate how God’s miraculous grace was present all along. Moerke’s gentle retelling is shaped by the fires of trial, refined by the passing of time, and leavened with the humility that comes from patient reflection.

The Moerkes’ story began with one small “yes” in 1996, when Deb and her husband, Al, agreed to foster a drug-addicted newborn. When asked to take the baby’s four older siblings—ages three, four, five, and six—they responded with another “seemingly simple yes.” Over the previous 14 years, the Moerkes had fostered around 140 children, and they knew how desperately hurting children need loving caregivers.

Among the Bower children (the book uses pseudonyms for its central characters), five-year-old Hannah was the most affectionate. She was always willing to hold hands, cuddle, giggle, and smile. But she was also anxious, prone to wild swings of emotion, and easily brought to tears. Deb suspected abuse. A tip from a friend would later confirm that Hannah’s biological mother, Karen, was responsible. Though Deb warned the Department of Family Services of the potential danger, her efforts fell on deaf ears, and Hannah disappeared from Karen’s custody. Her body would be found months later.

As the Moerkes grieved, they received more unbelievable news. Karen, in prison while …